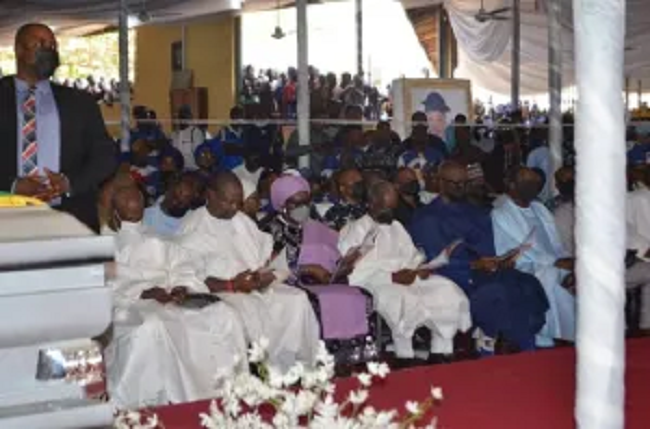 It would be recalled that the activities lined up for the burial of the late governor had commenced on Monday 14th February 2022 with the Day of Tributes held at Jogor Centre, Ibadan.

Immediately after the church service, the remains of the late patriarch is expected to be interred at his residence, Opadoyin Akala Lodge, Ogbomoso, Ibadan while reception and entertainment of guests followed at Ogbomoso Recreation Club, Ogbomoso.